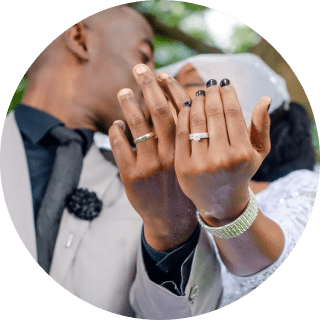 Carmen, a 36-yearold, rich mahogany complexion woman, interviewed for a residence at Hyacinth’s Place straight from an area shelter where she lived for over a year. Prior to housing, she was on the streets. Carmen contracted meningitis at six months old which left her deaf and mute upon recovery. She came with several mental and medical diagnoses: border line mental retardation, Post Traumatic Stress Disorder (PTSD), depression, substance abuse, and HIV.
Carmen says she always felt rejected, starting at home living with an only sister with a lighter skin complexion, “better hair,” and no mental challenges. It became clear, that Carmen believed in a society where skin color and hair texture determined acceptance and how well one was treated. At a very young age, Carmen was sexually abused by a family member resulting in pregnancy and the birth of her daughter. Culture, religion, and “family values” did not allow exposing this “shame.” Her trauma and child were a well-kept family secret. The experience was never spoken about and Carmen’s trauma went untreated. As an adolescent, Carmen became “uncontrollable” and initially found comfort in alcohol and later, harder drugs. The years following Carmen’s rape, there was no name identified for her “unexplainable behavior.” Today we are aware of PTSD.
Ultimately, Carmen learned of her HIV status after leaving the streets and seeking medical attention. Upon hospital discharge, Carmen went to a shelter and later found Hyacinth’s Place. Regardless of the “good intentions” from Hyacinth’s clinicians and the desperation from the shelter’s representative, in less than two months of residency authorities cited that Hyacinth’s Place was violating Carmen’s rights and the law. Sign language interpreters and equipment for the deaf were required. These requirements exceeded Hyacinth’s Place’s budget and expectations. The limited staff began to ask how does a non-profit organization with limited funds meet these complex needs? Eventually, through the generosity of sign language students, donation of equipment, and a great deal of ingenuity, we provided Carmen with necessary services.
Staff worked with recognizing her desire to grow and become self-sufficient. She wanted to achieve a better quality of life, communicate effectively, and address her mental health, substance abuse and HIV issues. Her goal was to reunite with her family again. She worked diligently and was determined.
After two years, Carmen re-entered community a physically, mentally and spiritually transformed individual. With the help of a new network of friends, family, and a great deal of confidence. Carmen discovered a passion and skill for photography in which she derives great pleasure. Her “fiancé,” whom she met while living at Hyacinth’s Place, purchased a car and Carmen desires to learn how to drive.
A future wedding–a thought we never dared to entertain with the woman who first she sat across an interview table to live at Hyacinths’ Place.

Menu
Menu
© 2022 Hyacinth’s Place, a 501(c)(3) nonprofit organization. All donations are tax deductible to the full extent of the law. All Rights Reserved.