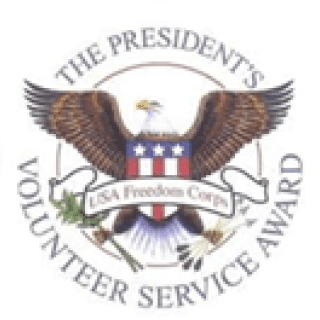 A tiny woman standing before the team of Interviewers was neatly dressed in the uniform of a popular international
grocery store chain. Her appearance belied her situation. She was homeless, seeking housing with a diagnosis of severe depression, bi-polar disorder and a history of substance abuse. She was released from prison six months prior, after serving 15 years of a twenty-five-year sentence for murder.

Within five minutes into the interview, tears began to flow as she explained the story or rather the tragedy of her life. Once upon a time, Polly was married with two sons and owned her own home. They lived in a low-income section of the District. One night, while her husband was at work and the boys were sleeping, she opened her eyes to see a man in her bedroom going through her handbag. She reached for her gun under the pillow and yelled at him. He ran and she chased him to her front lawn and fatally shot him. In accordance to DC law, she could not plead self-defense since he was not in her house. During incarceration, her husband died of cancer and his sister forged her name on documents, resulting in the selling of her home.
A part of Polly’s individual care plan was to rebuild relationship with her sons who grew up without both parents and were very resentful towards her. She not only didn’t have a relationship with her boys but also none with her grandchildren.
Polly joined all of her therapeutic groups and on her days off, she attended a near-by community church and volunteered at a shelter to mentor women through the DC Court Services & Offenders Supervision Agency (CSOSA).
Polly is an avid “Redskins” fan and her efficiency unit is about everything Redskins. Pictures line the walls, bed linen, mats, hats, and other paraphernalia adorn her space. On game days, she dresses from head to toe in Redskin regalia.
The agency provides meals and pays all utilities for the women. Residents are obligated to pay 30% of their income in rent and are encouraged to save 30% percent of their income. After Polly’s first year, she used her savings to purchase a reliable car to travel for work in a neighboring state
After two years of living at Hyacinth’s Place, Polly has learned to release some of the bitterness. With the security of housing, she spent the last Christmas with her sons and grandchildren.
On Thursday February 26th 2015, Polly received the White House Presidential award for her dedication and outstanding volunteer work with women recently released from prison who are reintegrating into the community. It is a beautiful medal complete with an official seal.
On April 5th 2015, Polly moved into her own one-bedroom apartment in the District of Columbia. Her parting words were, “I have so much work to do, starting with my grandbabies.”

Menu
Menu
© 2022 Hyacinth’s Place, a 501(c)(3) nonprofit organization. All donations are tax deductible to the full extent of the law. All Rights Reserved.